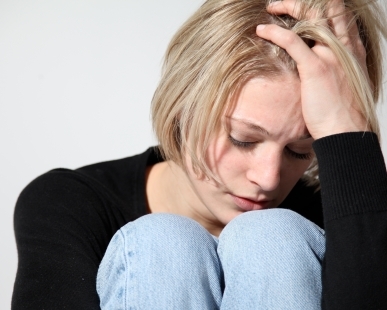 Terminology about anxiety symptoms have become embedded lingo in general conversations beyond their clinical application- We say “I was having a panic attack when…”, and “I have a phobia about …”, and “... sorry I’m a bit O-C-D”. These declarations are generally used to emphasise/exaggerate statements about our worries or idiosyncratic behaviours, or simply to jest about our own shortcomings and challenges. Psychological terminology about anxiety has become part of our vernacular, but what do these words truly mean in a clinical sense?

Anxiety disorders are not diagnosed just because someone is a worrier; these disorders can be paralysing for someone in making decisions, planning the future or interacting with others. They include preoccupations of thought, physiological symptoms and some stereotyped behaviours or coping strategies that may or may not be helpful. According to Beyond Blue, each year in Australia as many as 1 in 7 people (14%) suffer from a form of Anxiety. There are many varied factors that contribute to the development of anxiety disorders including a family history of mental health issues, biological predisposition, health concerns, social influences, substance abuse and your sense of self. Additionally, being in a transitional stage of life or experiencing a major event (either positive or negative) can also be a source of anxiety. What sets Anxiety Disorder apart from usual and expected stress or concern, is that when the source of anxiety resolves or passes, the anxiety remains in a debilitating form and influences the present and future. Self-talk typically involves thoughts of “what if…”. Anxiety is all-consuming and affects people’s functioning in their usual tasks of work, relationships, and daily activities.

GAD- Generalised Anxiety Disorder– a pervasive state of worry, which is not specifically generated by a single and known source of concern. Its diffuse nature makes it very difficult for the sufferer to understand. The worry occurs most days for six months or longer and interferes with the person’s ability to fulfil their daily routine.

Panic Disorder– an episodic state of sheer terror; either an occurrence of a panic attack or fear of a panic attack occurring. An episode can be unpredictable in nature and severely debilitating when it strikes- often mistaken to be a heart attack. Panic disorder occurs when a person is fearful of and hypervigilant to physical signs of panic attacks and can be described as expected or unexpected.

Specific- crippling fear of a “specifier” (an explicit thing, person, place, experience) which causes a person to take deliberate and at times exaggerated avoidant action of the perceived threat. A person may have multiple specifiers co-occurring which can disrupt their capacity to undertake everyday activities.

Agoraphobia-extreme fear of open spaces and public places. An expectation of threat existing beyond a perceived “safe space” which may be a person’s room/home/building or that they cannot escape a particular environment/place.

Social Anxiety Disorder (Social Phobia)- intense fear of being criticised or judged when engaging with others directly or when in a public place. Anticipating scrutiny for your performance of behaviours and conversation.

Other diagnoses that are less frequently utilised but are classifiers in the DMS-V are:

Posttraumatic Stress Disorder (PTSD) and Obsessive Compulsive Disorder (OCD) have both been removed from the Anxiety Disorder chapter of the DSM-V (Diagnostic and Statistical Manual- Volume 5) and have been placed in different sections of the manual. Whereas, Selective Mutism (childhood disorder of consistently failing to speak in certain situations or with certain people, despite established language and comprehension skills) and Separation Anxiety Disorder (developmentally inappropriate or excessive anxiety when apart from home or specific people to whom the person is attached) have both been moved in to the Anxiety Disorders chapter.

If you have any concerns or queries about the symptoms and disorders described above you can contact Natasha Grabham at Body of Life Health Clinic to book an appointment.